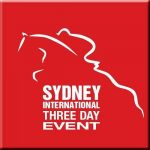 A trio of New Zealand eventers will have Tokyo on their minds when they line up at the Sydney International Three Day Event this week.

Australia is putting on a special CCN4*-S Olympic class that is being used as a selection event for top combinations from both sides of the Tasman. Competitors will be doing the Olympic dressage test followed by 39 efforts in 8.3 minutes over a Mike Etherington-Smith-designed cross country and finishing up with a John Vallance showjumping course.

Kiwis Clarke Johnstone aboard Balmoral Sensation, Bundy Philpott on Tresca NZPH and Maddy Crowe with Waitangi Pinterest will be up against the likes of Shane Rose, Stuart Tinney, Sonja Johnston and Hazel Shannon – Shane and Stuart have two horses apiece.

ESNZ high performance general manager Jock Paget says he is hugely grateful to the Australians for allowing the Kiwis to be part of their special class in a very challenging build-up to the postponed Tokyo Olympic Games. “This will be a key event for us in terms of selection,” says Jock. “ It hasn’t been easy for our riders to prepare for the games. Getting access to a competition which has been specifically designed with Tokyo in mind at such a great venue is great opportunity.

New Zealand has qualified an eventing team for Tokyo, and there is plenty of talent vying for those four spots. Bundy, Clarke and Maddy are all on the Olympic long list.

“I imagine a lot of effort has gone into organising this and it really underlines the the creativity and adaptability from the Australians to be able to influence their own calendar to put this on.”

He says it is a “major advantage” for New Zealand to be able to compete. “It is going to be a tough competition and a chance to measure ourselves against the top Australian combinations who are lining up for the Olympic Games. It is a great opportunity. We have been welcomed with open arms to this which is really cool.” Clarke and 17-year-old Balmoral Sensation were New Zealand’s best-performed at the Rio Olympic Games in 2016 and will certainly be keen to put on a good show at Sydney. They’ve won everything in New Zealand over the years, placed fifth at both Badminton and Aachen, and won Adelaide, so there will be plenty of eyes on this classy combo. Maddy and 13-year-old Waitangi Pinterest are the current NZ Three Day champs, have been on nearly all of New Zealand’s top event podiums, and in 2019 placed fourth in the CCI4*-S at Adelaide, while Bundy and her 15-year-old Tresca NZPH won the Eventer of the Year at the HOY in 2020 and have twice crossed the Tasman to compete. The competition gets underway with dressage across the grades on Friday, cross country on Saturday and showjumping on Sunday.

As well as the CCN4*-S, there are a number of international classes being run. Aussie-based Kiwi Hayley Frielick lines up with Dunedin Black Watch in the CCI4*-L, with Bundy aboard Jerry and Blair Richardson on Rosthwaite Johnny English in the CCI3*-S and Clarke with Domasco and Georgia Van Der Drift on Regal in the CCI2*-S.

There are also Kiwis on the ground jury, with Marg Carline and Helen Christie both judging.