NZ Chasing Back to Back Victories at Adelaide CCI4* 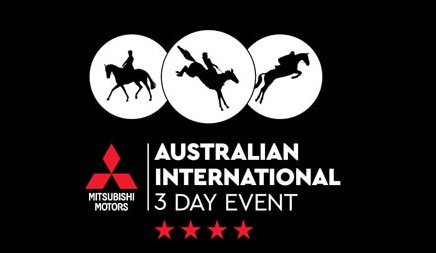 New Zealand eventers make up nearly a third of the field for this week’s Mitsubishi Motors Australian International 3 Day Event in Adelaide.

Nine combinations have crossed the Tasman to do battle in the only Southern Hemisphere 4* event – one of six of the highest ranked competitions in the world.

But all eyes will be on the CCI4* which last year was won by Rio Olympian Clarke Johnstone (Matangi) and Balmoral Sensation, with Megan Jones on Kirby Park Impress second and Stuart Tinney aboard War Hawk third. Stuart is back again with War Hawk, with his daughter Gemma and Annapurna also entered.

Donna is one of two in the New Zealand crew who have previously competed at Adelaide. DSE Tangolooma has been twice before but it is the first time for DSE Cluny. Donna has three times competed there and twice at Kentucky 4*.

“I am super excited to be taking DSE Cluny and DSE Tangolooma to Adelaide this year,” says Donna. “Cluny is just coming off a great performance in the South Island (where he won the CCI3*) which has prepared him well and I am very much looking forward to riding Tangolooma cross country as he was the trail blazer last year.”

She and partner Elise Edwards-Smith have a solid support team travelling with them including Cluny’s owner Gaye McClunie who will be there with her husband Tom, along with farrier George and physio Sarah.

“It gives us a heap of confidence that the boys are going to be in tip top shape. There is a really cool group of Kiwis travelling over and Adelaide are masters at making us all feel at home and welcome,” says Donna.

Bundy has previously competed at 4* level but this is a debut run for her horse Tresca NZPH who won the CCI3* at Puhinui in 2017 and was fourth in the CCI3* at the national three day champs at Taupo this year.

“I am very excited about heading to Adelaide but also nervous,” says Bundy. “Tresca is a fantastic horse and I am very lucky to have some great trainers, my groom Sophie Wilkinson and of course a dad who constantly goes above and beyond to support me.”

Bundy feels the pressure to not let others down. “We have had an average preparation over winter, but it is all coming together now, and it is awesome to be going back to 4* and having another go. I will rely heavily on my support team to make a good shot of it – I’ll be cracking on and what will be will be!”

Emily is another rider who while experienced at 4* level is giving her horse Shaw Lee his first taste of it. By her own admission they had a pretty non-existent autumn season, deciding to save the horse for the end of the season’s South Island One Day Champs and then Taupo but it didn’t go to plan thanks to an unfortunate kick putting him out of their ‘local’ event only to have it flare up again at Taupo.

However, it’s all on track and Shaw Lee, who has been with Emily his whole eventing career, is as fit, strong and healthy as ever. “I am really happy with how he is going,” she said. “Adelaide 2005 was an awesome experience and event for me, so I am hoping that 2018 will be just as good!”

Amanda waited until after Arran Station to give the green light of Just Kidding. “Everything was hinging on that run,” she said. “Given his rusty history with water, I just wanted to make sure what we were doing was working.”

She needn’t have worried as the thoroughbred nailed it. Amanda also felt her training with ESNZ’s Performance Development Coach Jock Paget had been key in pulling it all together so successfully. “He has been hugely influential in helping me get the right ride for what Just Kidding needs.”

It had been a little nerve-wracking for Amanda just ticking all the boxes. “It would be such a shame if he didn’t get there given how well he does in all other areas.” She’s been twice to watch at Adelaide and says that too has been a crucial part of the bigger plan. “It is important because it means I know what I am heading into.”

Jess, Renee and Hayley are all having their first 4* starts. It is a bit of a home-coming for Jess’ Australian-bred warmblood Just De Manzana. “I am excited and nervous at the same time,” she said. “It has been a long journey getting to this point but with supportive friends, family and coaches it makes it all worthwhile. It has come together very well. Just De Manzana is my biggest helper of all – I trust that little mare and together we make a great partnership.”

Renee feels she and her New Zealand warmblood Rubinstar HH are at their “very best” and she’s “super excited” about the mission.

Four star debutant Hayley is also excited for Adelaide. “It’s definitely been a character-building experience trying to fund two horses at this level, but I am really looking forward to actually being there to get on with the fun stuff. There is nothing quite like galloping through the city.”

The New Zealanders will also compete in a teams’ event with the riders to be announced nearer the time.

Competitors particularly love that the Mike Etherington-Smith (GBR) cross country course runs through the centre of the city.
Horse inspections for the CCI2* and CCI4* classes is on Wednesday, followed by CCI2* dressage on Thursday, CI4* dressage on Friday, the cross country on Saturday and showjumping on Sunday.

Kiwi Anne Tylee is also at Adelaide as part of the ground jury alongside Marilyn Payne (USA) who was president at the Rio Olympic Games and 2010 World Equestrian Games, and Christian Landolt (SWITZ). With $AUD120,000 in the prize pool of the 4* class, there is plenty to play for.